The Story of Survival & the Legacy of Giving

When having Sunday evening dinners with my grandparents growing up, I never took for granted the stories I heard or the lessons I learned.  The most important lesson I took away is that surviving genocide requires strength of mind, courage of the heart, and a touch of luck. Fortunately for me, my grandparents were blessed with all of these.

Growing up in an observant family in Poland, my grandpa, Alan (Abraham) Nisenbaum, was the youngest person admitted to the famous Lublin Yeshiva. His Torah studies were interrupted in 1939, when the Nazis invaded Poland.  He was forced to build Majdanek, a death camp in Lublin. During the five years of the war, my Papa Al worked in at least seven different concentration camps, including Dachau and Auschwitz. I remember, he told me that on the Death March near the end of the war, he heard his mother’s voice telling him to keep going.  He listened to her, and one morning when he woke up, the Nazis were gone. His parents Israel and Chana, six brothers and one sister, were all victims to the Shoah. 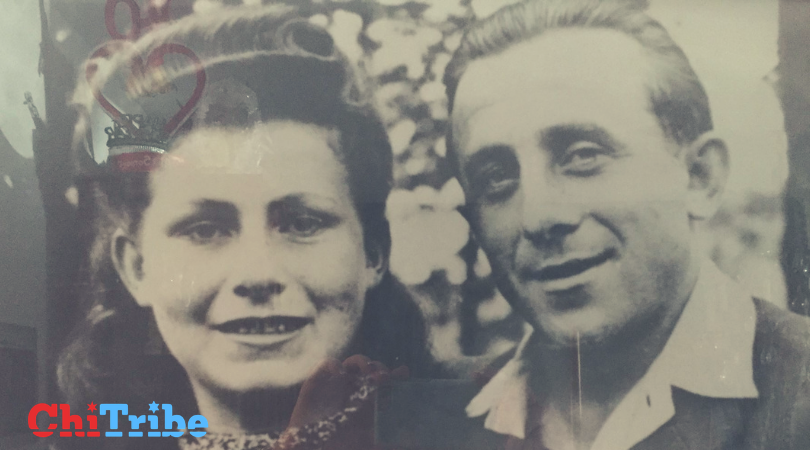 My grandma, Sonia (Sara) Katz Nisenbaum, also grew up in Poland. Unlike my Papa Al, she attended public school and was fluent in Polish.  Sonia’s father was a successful business man, and he purchased fake identification papers for his children, successfully hiding most of them.  Three of the five siblings miraculously survived. My Grandma Sonia remembers that when she was just 10 years old, her father gave his pocket watch to a man to accompany her on a train to a Catholic orphanage. That was the last time she saw her parents. My grandma lived out the war as a Catholic, but in her heart she knew who she was.  Given that families who housed orphans during times of war were given a subsidy, she was taken in by a foster family. Sonia felt like a servant, and she acted as a housekeeper for the family. She lived in fear that her true identity would be discovered. After the war, Sonia’s surviving sister, my Aunt Blanche, came looking for my grandma.  The family who took in my grandma did not want to give her up, so Blanche returned to successfully retrieve her sister with a Russian soldier. My grandma had a hard time believing that it was safe for her to come out of hiding.

After the war, Sonia lived with her sister Blanche, and her brother Abe in Fohrenwald, a Displaced Persons camp in Germany. In Fohrenwald, my Papa Al was my Grandma Sonia’s Hebrew teacher. Ever the gentleman, he strategically walked her home after each Hebrew class. He told her that he would be glad to walk her home for the rest of his life.

A Legacy of Philanthropy

My Grandma Sonia and Papa Al immigrated to America to start a new life. They were sponsored by the Hebrew Immigration Aid Society (HIAS) who found Papa a job in a cabinet making factory in Chicago.  They started a new life in America as refugees with nothing more than the clothes on their backs and their first born daughter, Linda Ann, named for their deceased mothers. Papa Al worked his way up from a carpenter to co-owner of a construction company and building contractor. The carpentry skills he learned in the camps to survive became his livelihood in America.

In addition to building homes across the Chicago area, my papa also built up the Jewish community.  Papa Al served as a Vice President of Sheerit Hapleitah, the umbrella organization of Chicago Holocaust survivor groups. My grandparents contributed to building the Holocaust Memorial Monument in Skokie and the United States Holocaust Museum in Washington D.C.  They were also ardent supporters of Israel, co-donating a Magen David Adom ambulance, and serving as honorees at Israel Bond drives. As a young girl, I remember attending Jewish philanthropic events alongside my grandparents, including participating as a debutante in the Israel Bonds Ambassador’s Ball.  Papa Al and Grandma Sonia taught me what it means to give back by generously giving their time and resources to Jewish causes. And now as an adult, I am continuing their legacy. 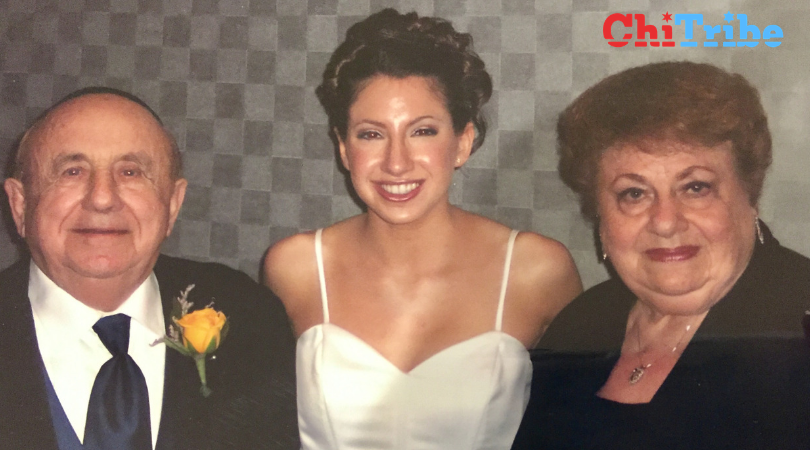 Continuing the Legacy of Giving

Following the example of my grandparents, as a young adult, I have become involved in the Chicago young Jewish community. I’m a regular attendee at social events such as ChiTribe, and I give back through the Young Leadership Division (YLD) of the Jewish United Fund (JUF).  I always knew that I wanted to contribute to a cause close to my heart and my family. As I watched my grandparents and their survivor friends age, I knew that I needed to do something more. I e-mailed Allie Block, the Event Coordinator for the Illinois Holocaust Museum, and she invited me to attend a quarterly meeting for the Young Professional Committee (YPC).  At my first YPC meeting, I met the fabulous YPC members and started to learn about the great work they do. I also volunteered to support YPC’s Annual Benefit in January as a co-chair for the event.

Working closely with the Event Coordinator for the Museum and the Young Professional Committee, I learned about the mission for YPC and the Museum. The Young Professional Committee is a hardworking group of dedicated, young adults from the Chicago area.  We are committed to raise funds and awareness for the Illinois Holocaust Museum and Education Center through fundraising and friend-raising programs, in collaboration with the Museum’s Development Department and Board of Directors.

The Young Professional Committee (YPC) of the Illinois Holocaust Museum

The YPC Annual Benefit this January will showcase stand-up comedian and magician Derek Hughes, as seen on America’s Got Talent. He will share his magic at Moonlight Studios in Chicago on January 31st. This annual event will be an evening of networking and entertainment for more than 300 young professionals. Most importantly, it will also be a valuable opportunity to raise funds and awareness for the Museum. Members of the Young Professional Committee have worked hard to gather donations for the open bar and raffle. The raffle will include gift cards to a large number of delicious Chicago restaurants, tickets to Second City, airplane tickets, and skybox seats to Chicago Blackhawks and Chicago White Sox games.

Support YPC and Get Your Ticket Today!

The YPC also supports the Museum’s Annual Race for Humanity 5K and Kids Fun Run, which is held every May. This family-friendly event is a city-wide race in Skokie that supports the Museum’s mission to empower individuals to speak out against hatred, prejudice, and indifference. There are also opportunities for YPC Members to network with Museum board members and to attend the Museum’s Humanitarian Awards Dinner, which will be held on Wednesday, March 13 featuring former President Bill Clinton.

The founding principle of the Illinois Holocaust Museum and Education Center is the following: Remember the Past, Transform the Future. The Museum is dedicated to preserving the legacy of the Holocaust by honoring the memories of those who were lost and by teaching universal lessons that combat hatred, prejudice and indifference. The Museum fulfills its mission through the exhibition, preservation and interpretation of its collections and through education programs and initiatives that foster the promotion of human rights and the elimination of genocide.

I am thrilled to have found a philanthropic niche that is so near and dear to my heart and my family history. As I follow in the steps of my aunt Isabele who serves as a docent at the Museum, and my mother Judith who interviewed survivors for the Shoah Foundation, I am humbled to have found a way to memorialize my relatives and the 6 million who perished in the Shoah.  I am honored to pay tribute to the memory of my Papa Al who led a legacy of survival and philanthropy. Not everyone has the opportunity I had to sit down to Sunday night dinners and hear stories of survival from their own grandparents. The Museum is instrumental to tell these stories and make sure they live on. 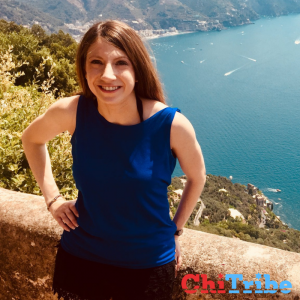 Hayley Levitan is an active member of the Jewish community and on the board of the Illinois Holocaust Museum’s Young Professional Committee. She is the granddaughter of Holocaust survivors and wants to continue to share their story so that we may never forget. Support Hayley and YPC by learning more and getting involved in upcoming events today. Contact Hayley for more. 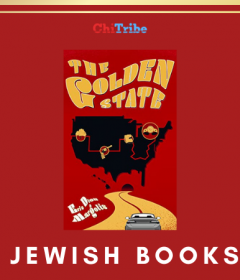 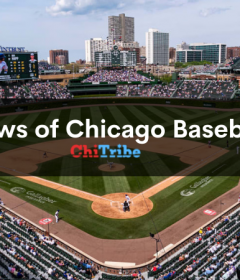 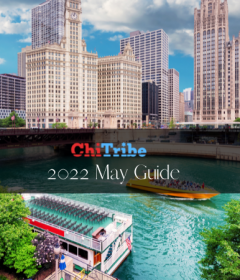 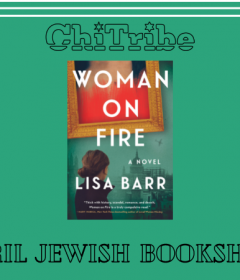