Rebecca Schwab July 10, 2019
Let’s Meet Jewish Person of the Week – Jim Weber
Where did you grow up?
Buffalo, NY then Des Moines, IA then in high school Minneapolis, MN (St Louis Park)
What did you do Jewish growing up?
I went to Hebrew School, had a Bar Mitzvah, went to Camp Ramah for 4 years (the last year was in Israel) – I feel like a lot of Jews I know do, more culturally Jewish.
Where did you go to school?
St Louis Park High School then a little time at the University of Minnesota but am the only one in my family that has not graduated – although I am trying to convince my nephew too, although my sister in law is not having it.
What do you do for work?
I run a small bar/venue in Chicago call @North Bar in Wicker Park
What do you do for fun/to relax?
See shows, explore the city, and/or catch up with friends or family
What are your favorite Dive bars in the city?
This one place in my neighborhood I stop into sometimes but I have so many shows and events at my place, don’t really want to go to another bar when I have time off.
What is the best Chicago deli in your opinion?
You got to hit up Manny’s here and there but also of course NYC Bagel.
What is your favorite way to spend shabbat?
Running a venue I am always working on Shabbat but I don’t drive to work on Shabbat.
Tell more about @North Shows!
Every Christmas Eve, two very funny Jewish comedians Reena Calm and Le Aboav produce and host Oy 2 The World – with a bunch of Jewish Comics that seem to be free on Christmas Eve – we also have free Chinese from Young’s. Also Jewish pro wrestler Colt Cabana along with local comedian Marty DeRosa host a show here yearly the night before Thanksgiving called Unprofessional Wrestling – goofing on old wrestling videos – its always hilarious. We mostly host comedy shows – we have regular shows as well as many touring comics. We’ve hosted jewish comedians – like Sklar Brothers (fellow Ramahnicks), Lee Camp, and Andy Kindler. Plus other comedians like Mary Mack, Martha Kelly, Jon Dore, Derek Hughes, Daniel Van Kirk, Joe DeRosa, Hannibal Buress did his podcast here live and has been a great supporter of the shows here which means a lot. Some great local comics we host regularly – Dave Helem, Marilee, Just Nesh, Junior Stopka, Dale McPeek, and Joe McMahon.
More about Oy 2 the World

Growing up in Iowa, there was really nothing open on Christmas. When I moved to Chicago, if I did anything it would be grabbing some Chinese food with my brother in Chinatown. Anytime I meet a comic I like here, like Reena and Le, I try to follow up about hosting a show @North. When I heard Le talking about being Jewish, I approached Reena and Le about hosting a Christmas Show together…because what else is there to do?We’ll get some Chinese food.  There are enough Jewish comics in the city and Jewish people that last year it was crowded. Surprisingly, there was enough Chinese food last year (Jews like to eat)

Top three things on your Chicago bucket list?
1. Not to get robbed again
2. Go out on a nice big boat on the Lake which I always got to do Minnesota
3. Have Norm MacDonald do a guest spot or a show at my place.
When the Tribe Gathers… we eat, drink, chat, complain and laugh. 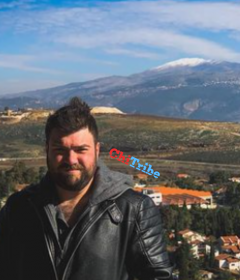 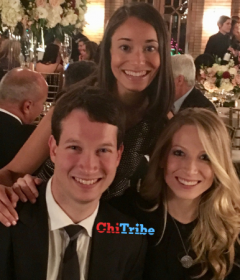 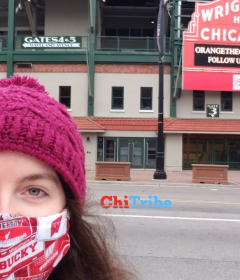 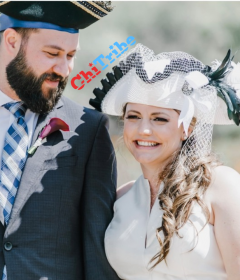