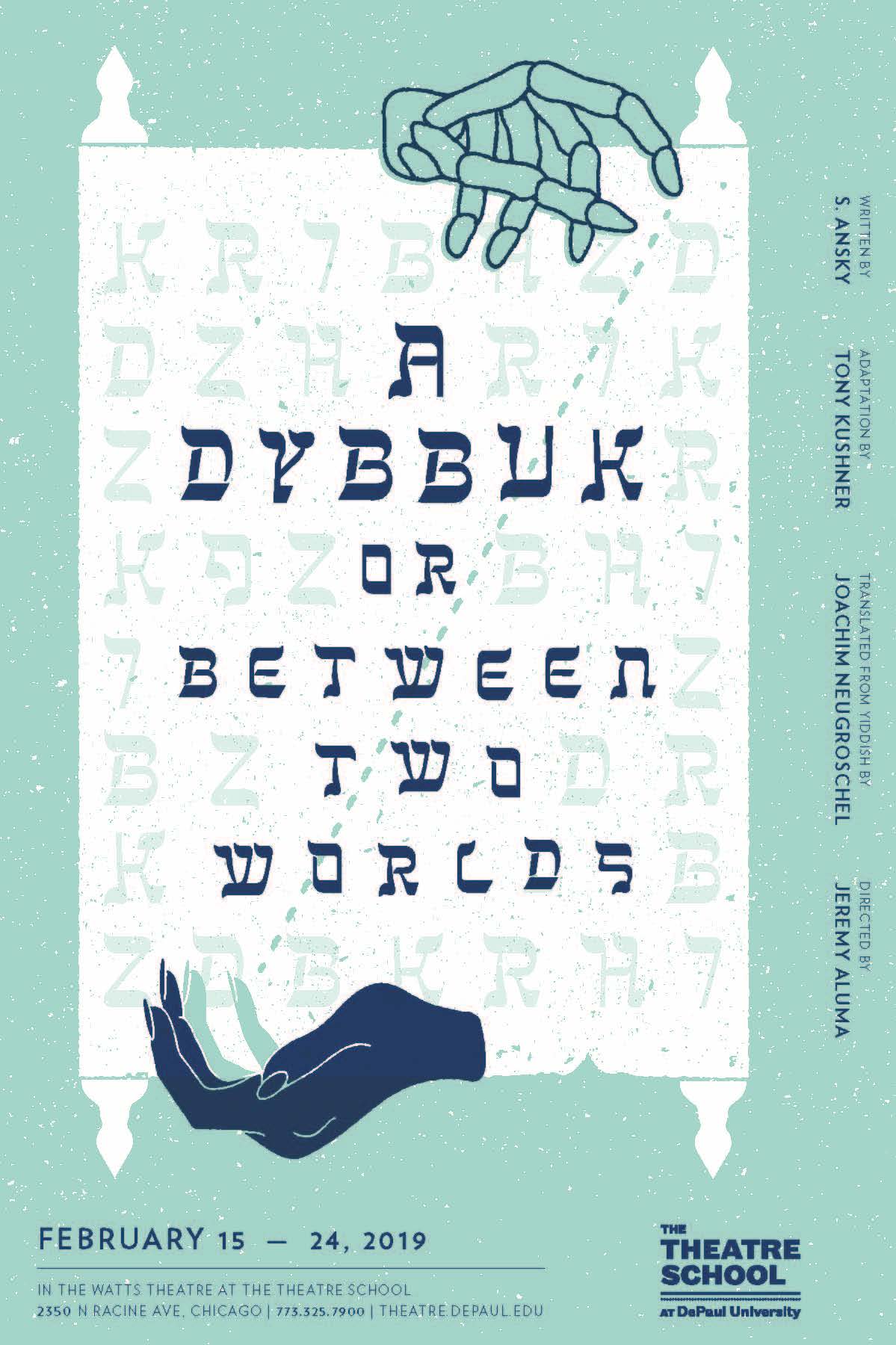 adapted by Tony Kushner translated from Yiddish by Joachim Neugroschel

The Theatre School presents …
A Dybbuk
by S. Ansky
adapted by Tony Kushner
translated from Yiddish by Joachim Neugroschel
directed by Jeremy Aluma

dyb·buk – noun (in Jewish folklore) a malevolent wandering spirit that enters and possesses the body of a living person until exorcized.

When a young Hasid named Chonen uses dark spiritual forces to thwart the wedding plans of his true love Leah, her body becomes possessed. Jewish law and spiritual law are at odds in this Kabbalistic ghost story that tackles the meaning of death.​​​

The iCenter at ARJE Annual Gathering 2020