Book & Author: “The Nazi’s Granddaughter: How I Discovered My Grandfather Was A War Criminal” 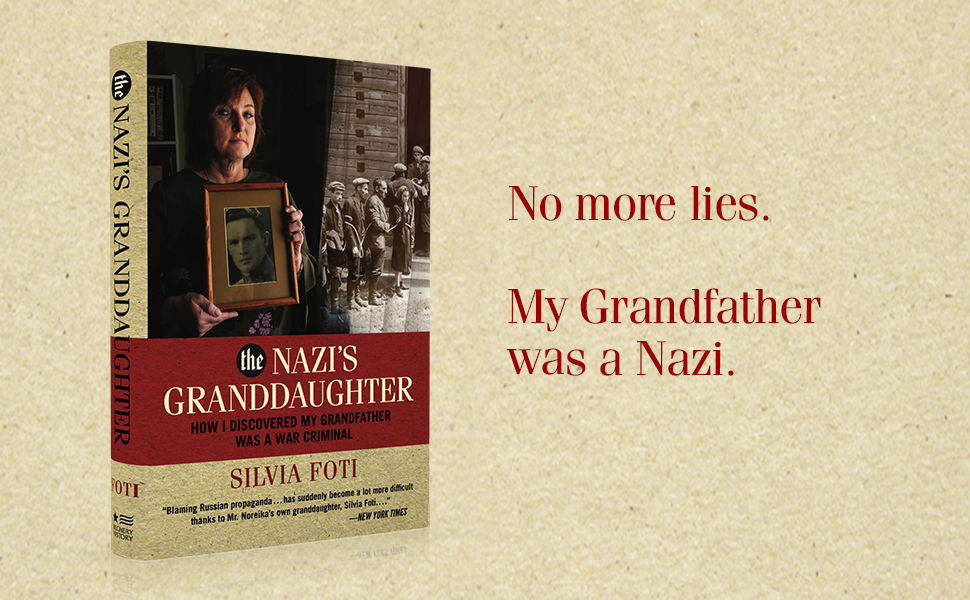 Against her grandmother’s wishes, award-winning author Silvia Foti made a promise to her mother on her deathbed to write a book about Jonas Noreika, her grandfather, a famous WWII hero. She had no idea that her seemingly simple promise would uncover dark family secrets. Foti’s discoveries would bring her to a personal crisis, challenge her Catholic faith, unearth Holocaust denial, and expose an official cover-up by the Lithuanian government.
Foti’s twenty-year investigation resulted in her latest book, “The Nazi’s Granddaughter: How I Discovered My Grandfather Was a War Criminal,” which reshaped her family and exposed an official cover-up by the Lithuanian government in the process. Foti’s discovery has undone a national narrative in Lithuania which converted Holocaust villains like Silvia’s grandfather into war heroes.
Be sure to join us in conversation with Silvia Foti as she shares how writing this book shaped her identity, re-shaped her family’s past, and exposed European countries’ denial of their role in the Holocaust.
Reservations are required. Members must sign in to take advantage of their member discount.
Proof of COVID-19 vaccination or negative test & masks are required to attend on-site programs: https://ihm.ec/onsite-program-safety
ON-SITE – Non-Members: Museum Admission; Members: Free
VIRTUAL – Non-Members: $5.00; Members: Free
Purchase your copy of the book: https://ihm.ec/thenazisgranddaughterbook
Register for the program: https://ihm.ec/thenazisgranddaughter
+ Google Calendar+ iCal Export