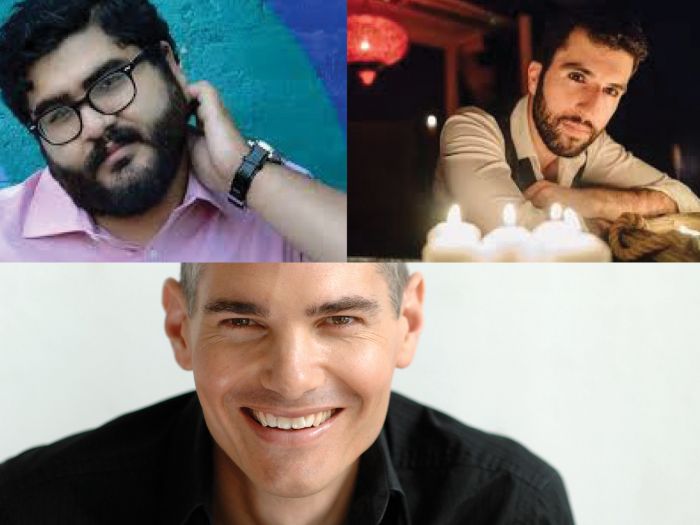 This is a general admission seated event. Tickets are $28 in advance and $35 on the day of the show.

Join us for the 4th annual Christmas for the Jews at City Winery.

Headlining this year’s event is comedian Jason Suran. A magician and mentalist, Jason has been seen on NBC and FOX TV. He has performed around the world, from Haiti to Dubai.

The show will also feature Sohrab Forouzesh, an Iranian-American stand-up comedian and finalist for StandUp NBC. He has performed at Gilda’s Laughfest Comedy Festival and is a regular at Laugh Factory and Zanies comedy clubs in Chicago.

And, as ever, Christmas for the Jews will be hosted by comedian and City Winery favorite Joel Chasnoff. He’s a former IDF combat soldier and author of the comedic memoir The 188th Crybaby Brigade, about his service in the Israeli Army.

A Chicago native, Joel has performed on stage and screen in nine countries, including two off-Broadway shows, a USO comedy tour of Japan and Korea, more than 1,000 Jewish events in North America and Europe, and Israeli late-night TV.

A graduate of I.O. (formerly Improv Olympic) in Chicago and UCB and The PIT in New York, Joel performs improv and teaches his Improv Comedy 101 Workshop to adults and teens.

A portion of proceeds from Joel’s comedy and book sales is donated to his foundation, Project Elijah.

Judaism’s Gifts to the World – a groundbreaking new course #9

You Be The Judge

Coming Together in Skokie: “When We Arrived”: Our Diverse Population in Niles Township