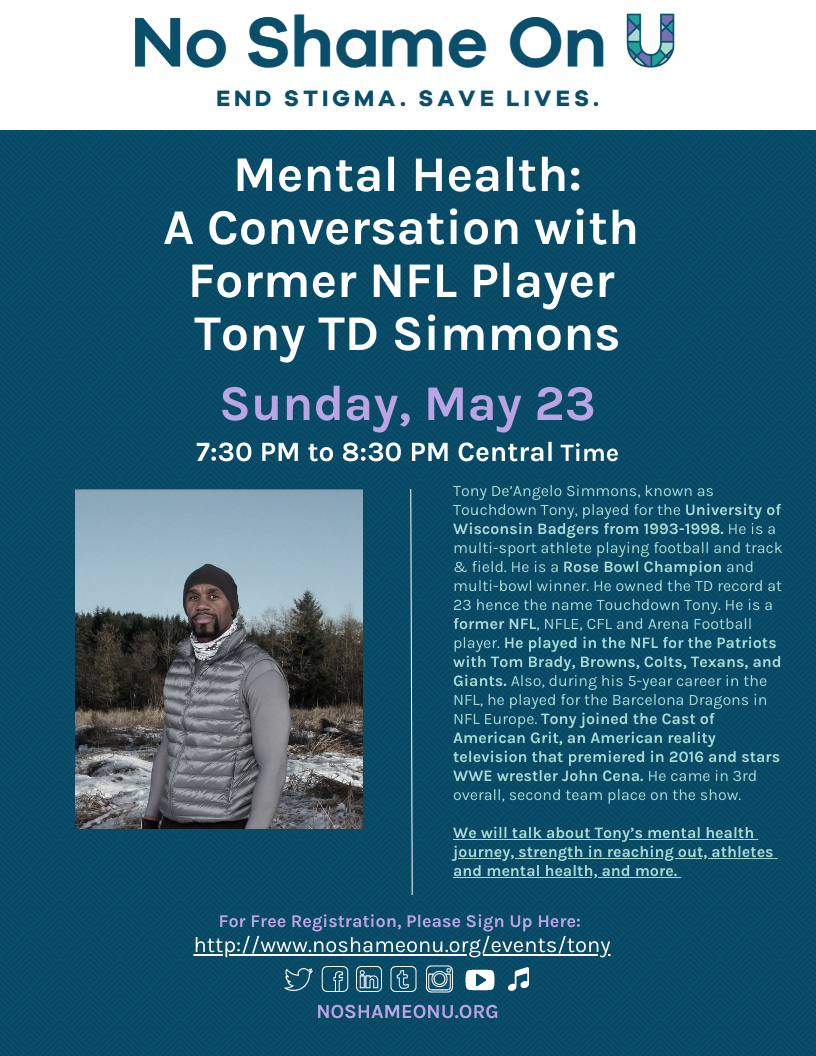 Tony De’Angelo Simmons, known as Touchdown Tony, played for the University of Wisconsin Badgers from 1993-1998. He is a multi-sport athlete playing football and track & field. He is a Rose Bowl Champion and multi-bowl winner. He owned the TD record at 23 hence the name Touchdown Tony. He is a former NFL, NFLE, CFL and Arena Football player. He played in the NFL for the Patriots with Tom Brady, Browns, Colts, Texans, and Giants. Also, during his 5-year career in the NFL, he played for the Barcelona Dragons in NFL Europe. Tony joined the Cast of American Grit, an American reality television that premiered in 2016 and stars WWE wrestler John Cena. He came in 3rd overall, second team place on the show. You can learn more about Tony here.

We will talk about Tony’s mental health journey, strength in reaching out, athletes and mental health, and more.  There will be an opportunity for participants to ask Tony questions.

No Shame on U