No Shame On U 5th Annual Event 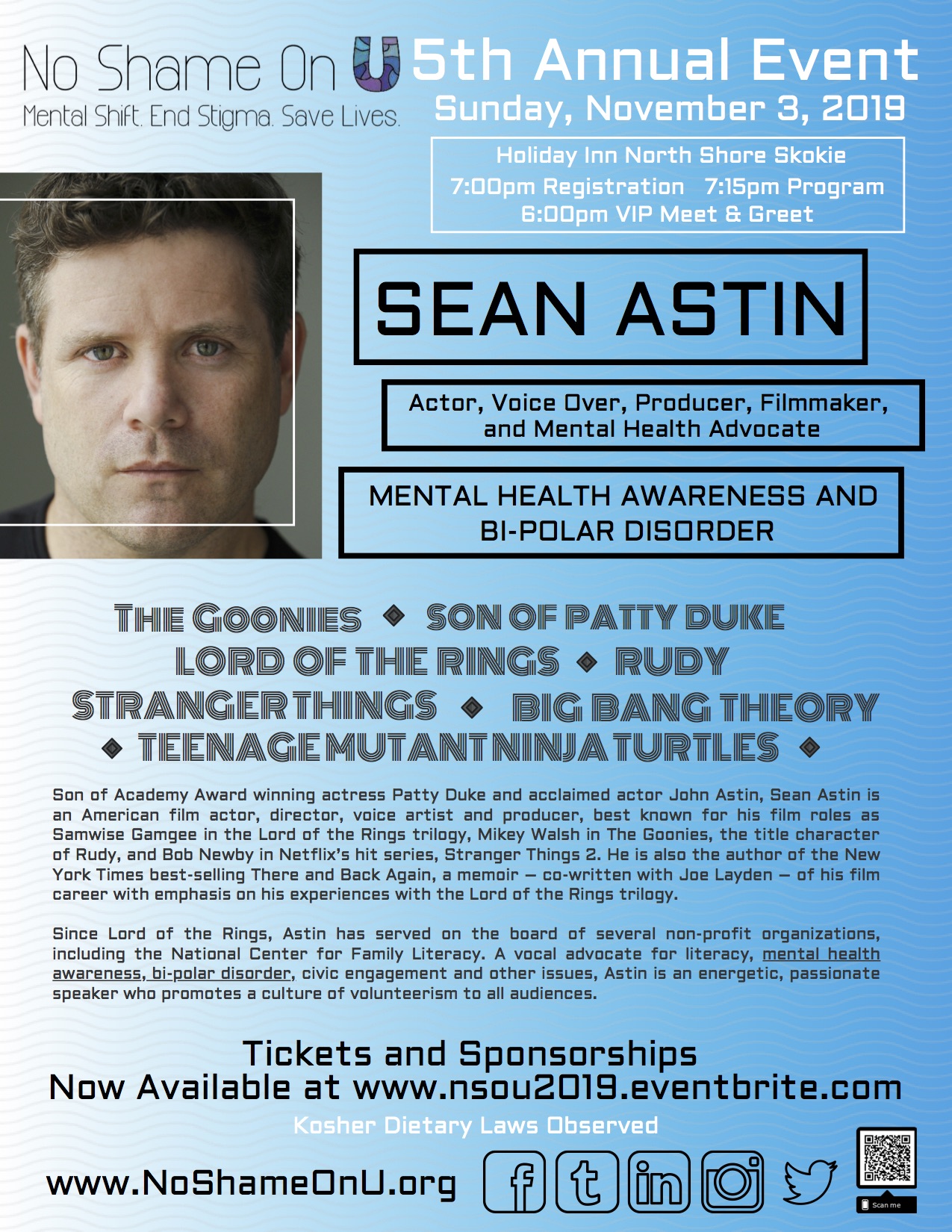 Mental Shift End Stigma Save Lives. Join No Shame On U for the 5th Annual Event at the Holiday Inn North Shore in Skokie.

This year’s featured speaker is Sean Astin – Son of Academy Award winning actress Patty Duke and acclaimed actor John Astin, Sean Astin is an American film actor, director, voice artist and producer, best known for his film roles as Samwise Gamgee in the Lord of the Rings trilogy, Mikey Walsh in The Goonies, the title character of Rudy, and Bob Newby in Netflix’s hit series, Stranger Things 2.  Since Lord of the Rings, Astin has served on the board of several non-profit organizations, including the National Center for Family Literacy. A vocal advocate for literacy, mental health awareness, bi-polar disorder, civic engagement and other issues, Astin is an energetic, passionate speaker who promotes a culture of volunteerism to all audiences. For more information, please see attached flyer and enclosed link: www.nsou2019.eventbrite.com

No Shame on U

Jews Around the World: Thailand