Reboot Ideas: The Interplay of Science and Ritual in a Time of Flux. Featuring Sasha Sagan, Ann Druyan and David Pescovitz 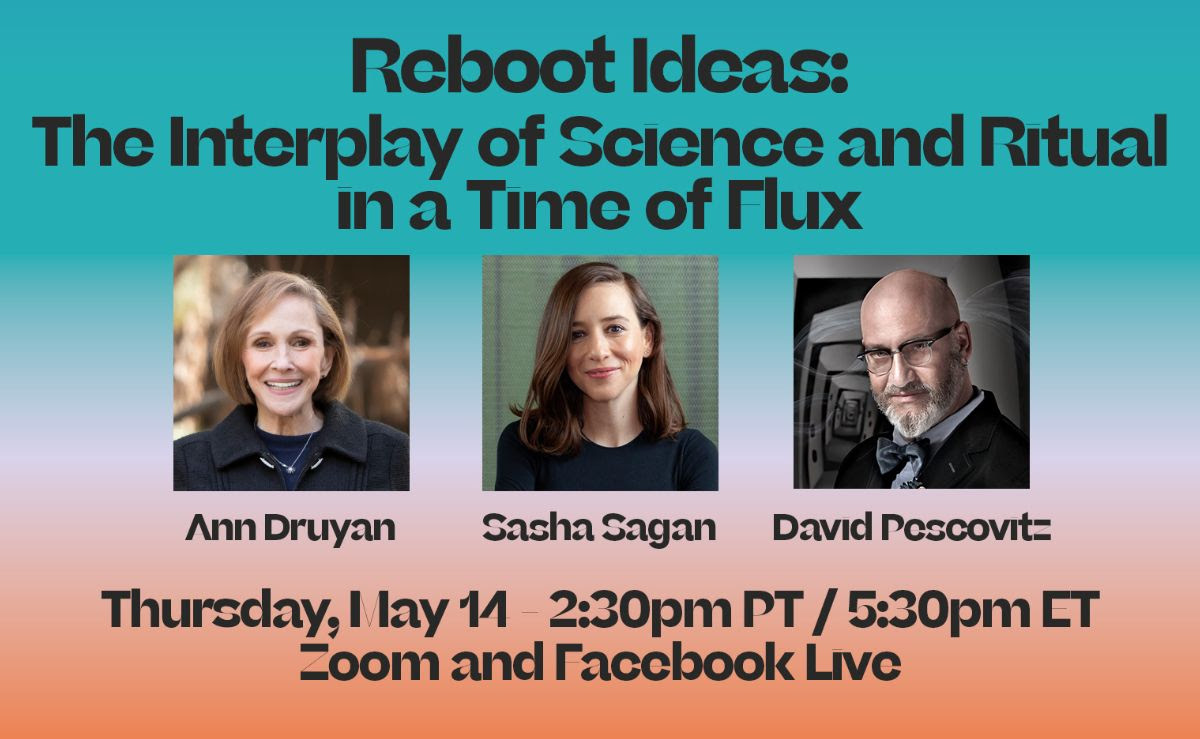 Over the eons, our relationship to science and ritual has been inextricably linked to our understanding of our place in the universe. Join Emmy Award-winning writer, director, producer Ann Druyan and her daughter, author Sasha Sagan, in conversation with Boing Boing co-founder David Pescovitz to talk about emerging philosophies that can provide hope as we struggle to adjust to our new normal on Earth

Ann Druyan was Creative Director of NASA’s legendary Voyager Interstellar Message. She co-created the motion picture Contact with her late husband, Carl Sagan. They co-wrote the original Cosmos series. She wrote, produced and directed Cosmos: A SpaceTime Odyssey for which she won the Emmy and Peabody Awards, and Cosmos: Possible Worlds, series and companion book.

Sasha Sagan’s essays and interviews about life and death through a secular lens have appeared in The Cut, O. the Oprah Magazine, and elsewhere. Her new book, For Small Creatures Such As We: Rituals for Finding Meaning in Our Unlikely World is an exploration of the marvels of nature as revealed by science, that require no faith in order to be believed.

David Pescovitz is partner/editor at Boing Boing and co-founder of Ozma Records, a publisher focused on the intersection of science, art, and consciousness to spark the imagination. In 2018, he won a Grammy Award for co-producing “The Voyager Golden Record: 40th Anniversary Edition.”

Restaurants and Chefs During COVID-19