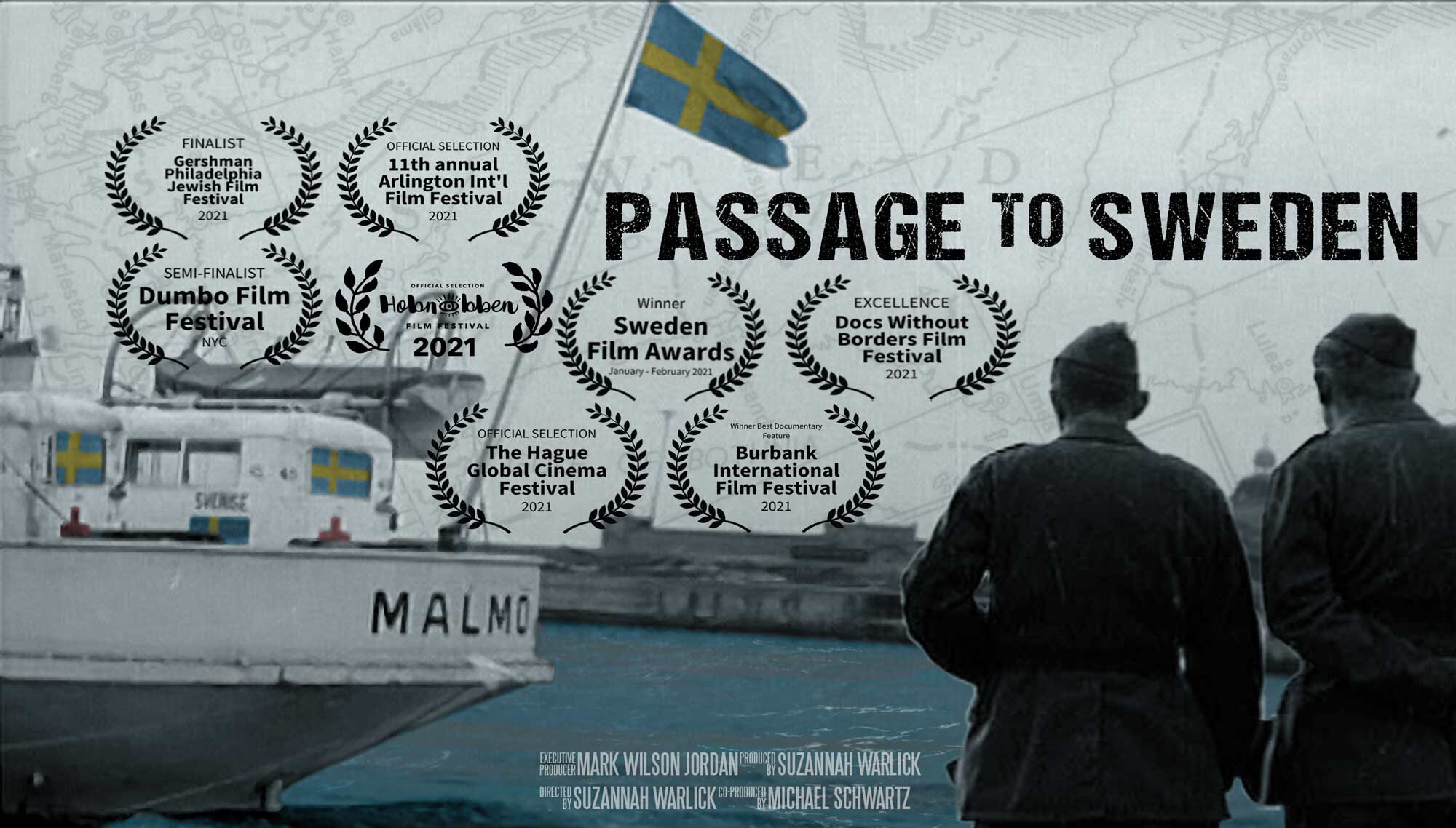 “Passage to Sweden,” a documentary produced and directed by Suzannah Warlick, tells a compelling story about European Jews who escaped to freedom and safety in Sweden and events that occurred in Scandinavia and Budapest during World War II. The documentary highlights ordinary people’s courageous acts that helped save thousands of Jews from the occupying German forces. At risk of their own lives, these individuals defied the occupation with spontaneous and dramatic rescue operations as a powerful example of how anyone can make a difference – even during the darkest of times.

We invite you to join us for a screening of “Passage to Sweden” and a post-film discussion. Producer and director Suzannah Warlick will be joined by Chana Sharfstein, who (along with her family) was at the forefront of assisting displaced Jewish refugees in Sweden at the end of the war, served 25 years as president of Scandinavia Trio Tours and is the daughter of the legendary Scandinavian Rabbi J. I. Zuber; and Howard Veisz, who after a thirty-five-year litigation career, and a two-year sea voyage, became deeply involved in the preservation of historic vessels at Connecticut’s Mystic Seaport Museum which led to Veisz writing the book, “Henny and Her Boat: Righteousness and Resistance in Nazi Occupied Denmark.” The discussion will be moderated by Richard Salomon, Vice President of Illinois Holocaust Museum & Education Center’s Board of Directors.

Registrants are welcome to explore the Museum before the program begins. Reservations are required for both virtual and on-site options.

Register for the program: https://ihm.ec/passagetosweden