I grew up in Evanston (Go Kits!)

I got my J.D. from the University of Chicago Law School and my bachelor’s from Washington University in St. Louis. During undergrad I spent some time studying at the London School of Economics and the Institute for Central American Development Studies. And I went to Evanston Township for high school.

I went to Hebrew school at JRC and ran track in the Maccabi Games; two things that collided when I put my track skills to the test by attempting to run away from Hebrew school. I got about half a block away before my teacher sprinted to catch me and hauled me back to school. Looking back on it, it’s sad commentary on my running prowess at the time. Luckily I hit a bit of a growth spurt years later and ended up running track in college. Haven’t been caught fleeing Hebrew school since. 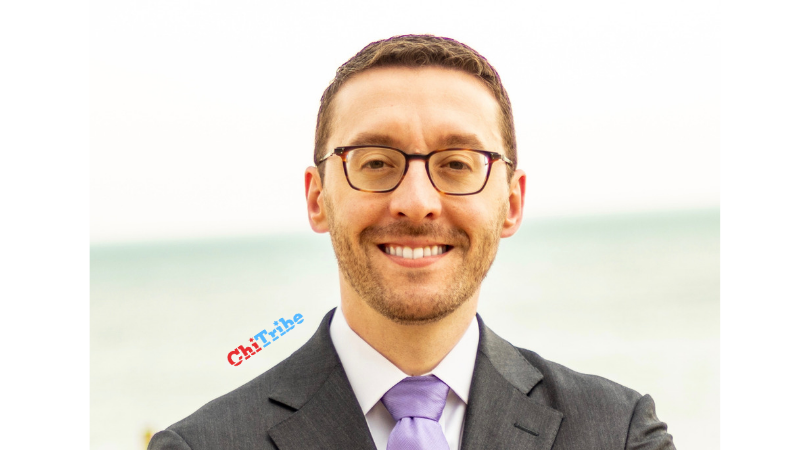 What do you do now?

I’m a candidate for justice of the Illinois Supreme Court and I am running for office full time. I left my job at Jenner & Block, took my savings and put enough aside to survive through the election, to maintain health insurance, and to buy a ring for my girlfriend. Everything else went into this endeavor. It’s that important. I’m fighting against corruption and bias in our courts by campaigning for systemic reform of our courts’ rules of procedure, evidence, and ethics–rules over which the Illinois Supreme Court has exclusive authority. Learn more about Daniel and his campaign here!

What did you do before becoming a lawyer?

Before becoming a lawyer I was the director of government relations for one of the largest child care providers in the world, which mostly involved advocating for subsidies and tax credits so that people could send their kids to high quality child care regardless of wealth. I also founded and led some non-profits focusing on education and crime prevention, served as the National Committeeman for the DC Young Democrats, and advocated for marriage equality (this was pre-Obergefell). I also worked in the British House of Commons where I fought against bullying and a white supremacist political party. And less glamorously, I worked in a bar and as a janitor.

Why did you decide to run for the Illinois Supreme Court?

As an attorney, I served clients in the highest court in our nation–the Supreme Court of the United States–and in more than a dozen jurisdictions across the country. I worked on appeals, civil rights, immigration, domestic violence orders of protection, criminal defense, and complex commercial civil litigation related to intellectual property, antitrust, securities, government contracts, and more. I was spurred to run for Illinois Supreme Court after taking cases where I saw the State using faulty DNA machines and pseudoscience to convict people; where I saw a system that entitles forensic labs and courts to extra funding if defendants are found guilty; and where I saw a court system vulnerable to judicial corruption. And, most importantly, I saw a system that the Illinois Supreme Court could repair by using its power to reform court rules. 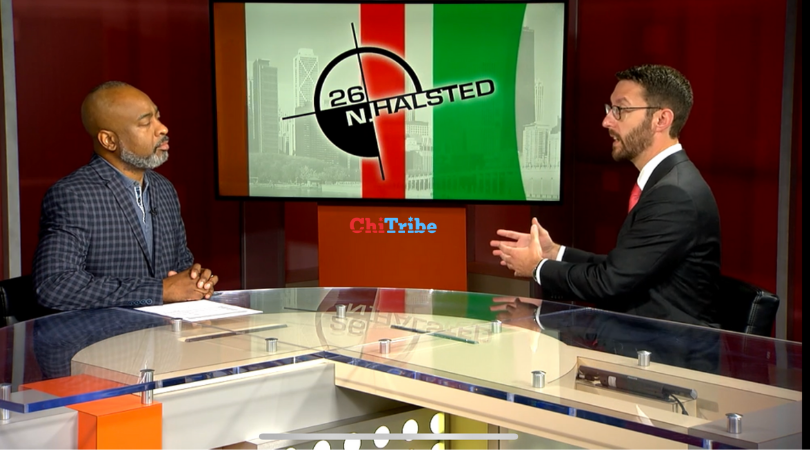 Tell us more about your pro-bono work before pursuing politics?

I did a lot of pro bono work and was honored to receive the 2016 Jenner Pro Bono Award for providing exceptional legal services to the vulnerable. Probably the biggest highlight was a case in the Supreme Court of the United States where we were able to free a man who spent 17 years in prison without having had a fair trial. It was pretty thrilling to be there and watch justices Kagan and Alito spar over the same questions we wrestled within the months leading up to arguments.

However, the case that spurred me to run for Illinois Supreme Court was one in which we discovered that the State was using a faulty DNA machine but never got to reveal it because the case plead out before we could get that critical information on the record. That’s a big problem because our society needs information like that to improve itself, but we’re losing the opportunity to get it in many of the 97.4% of felony convictions that end in guilty pleas. We can fix that by expanding discovery in criminal cases, rather than relying on information to be exposed at a trial that probably won’t occur.

I haven’t had time to do it in a while, but I like to build contraptions. The best one was a winch and pulley system that let me turn a crank to lift my kitchen table up to the ceiling and free up floor space. The worst one was a pneumatic turntable that was supposed to let me spin my couch to face any direction (turns out it’s much easier to just put those little 10 cent felt pads under the feet). 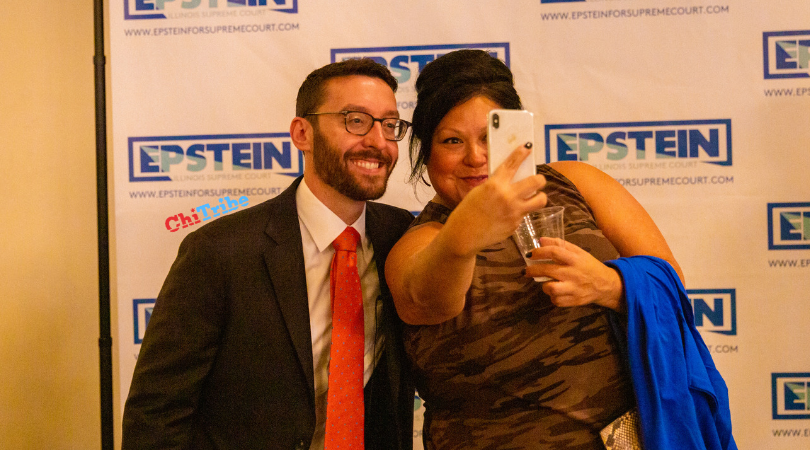 Why is it important to you as a Jewish candidate to become a member of the Illinois Supreme Court?

I see my grandparents’ Jewish experience repeating in the lives of our undocumented neighbors. My maternal grandparents fled Germany during the Holocaust. My grandfather came home one day and received an anonymous call letting him know that the gestapo was heading over to pick him up. He left right then and never came back. He hid in factories and boat hulls to escape. My grandmother was in medical school in Switzerland and actually came back in to Germany to get her younger sisters and get them to safety. They had to secret their way to safety. But when they got to America, that experience stuck with them. They wouldn’t bank or make new friends or do anything that might make them visible. They were still hiding, because they still carried the trauma of being hunted.

I see that in the lives of undocumented people today. Not long ago I met with a group of people who had just been laid off from a factory here in Cook County. They were all undocumented. I asked them, “how many of you have experienced wage theft?” Every single hand went up. I asked, “how many have sued the people who stole your wages?” Every single hand went down. That’s because many undocumented people won’t set foot in our state’s civil courts for fear that ICE will be there to detain and deport them. They won’t do anything that might make them visible. That’s a problem, because it effectively subsidizes wage thieves and abusers. The Illinois Supreme Court can fix that by enabling remote appearances, which would allow people to use their phones and webcams to participate in court proceedings. Aside from the humanitarian rationale, it would also just make court more convenient and affordable. Learn more about Daniel and his campaign here!

There’s also a theory that people with Jewish names can’t win county-wide elections. I think that scares off people who would make for good candidates. My hope is that if I win, it will give courage to good people who might otherwise be deterred from running.

What is your favorite Jewish event in Chicago?

In the past year I’ve been to so many great ones…here are my top 4.

What is your favorite hidden gem in Chicago?

Intuit: The Center for Intuitive and Outsider Art. Their exhibit on the life and work of Henry Darger is super unique.

(1) Live to see the Cubs win the World Series

(2) Play with the otters at the Shedd

When the tribe gathers… It is a gift that shouldn’t be taken for granted. 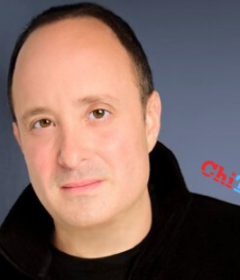 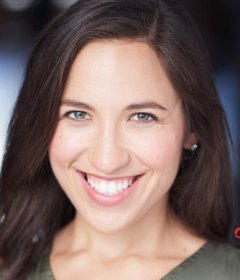 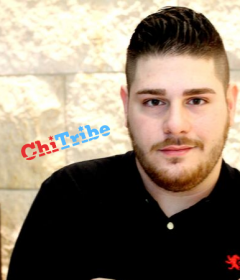 SUMMER CLASSES with Rabbi Megan – Living Jewishly: A 5 part series exploring the Jewish calendar and rituals through an introductory lens

SUMMER CLASSES with Rabbi Megan – Living Jewishly: A 5 part series exploring the Jewish calendar and rituals through an introductory lens