Our favorite Nice(ish) Jewish Comedian Jared is coming back to Chicago this week for the first U Up Live in Chicago!

I am from Needham, Massachusetts. Growing up, it was not really considered a Jewish area, but more a commuter town to Boston. Needham is now considered “very Jewish” but when I grew up, there were only two Jewish neighborhoods. Now, when I say I am from Needham, everyone responds “Oh! Of course you are Jewish, you are from Needham”

That just was not my reality, and it really is way more Jewish than it was. Newton, Massachusetts is where my father is from and every Jewish person in the country knows someone from Newton.

I’m actually at my alma mater right now! I went to Penn State, WE ARE, baby!

Before I went into comedy, I sold life insurance and annuities at an insurance company. I decided to pursue comedy eight and half years ago and April 1st, 2010 was the first day I ever went on stage.

I consider myself a comedian that is Jewish, not a Jewish comedian because in comedy there is a market for everything. There is the Jewish scene and there are people that are very good at it and preform at Jewish community events and give the humor the crowd wants to hear. I once opened for a guy that was considered a Jewish comedian, and he did jokes I could not even relate to! I wasn’t Jewish enough…

I have done Jewish shows, but seriously I have never bombed harder than for a Jewish crowd. Jews have a very special relationship with comedy. We almost consider it “our sport”. If you are not good, a Jewish audience becomes like your parent saying “Nope. This is not the profession for you.” When you do well, they are excited and want to come together to be  happy for you because a lot Jews consider comedy their own.

Why are you currently traveling the country like a madman? 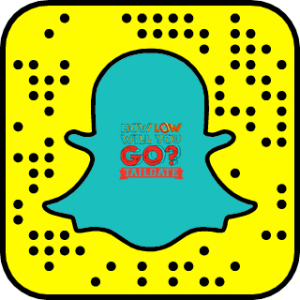 I have a show on Snapchat called “How Low Will You Go?” and it comes out every Tuesday, I host it and it’s a game show and I am on location at the biggest football game of the week. I am on the road traveling the entire college football season (Labor Day to Thanksgiving). Crazy! 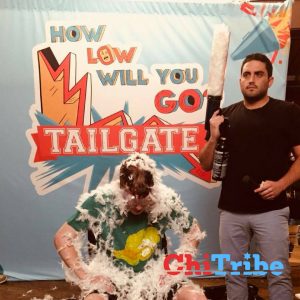 My mom grew up in a Kosher home in Detroit and my grandfather was very  involved with the Jewish life in the city. You know, “president of the temple”…that whole thing. My dad’s side of the family is from Boston and not super observant. But it was important to my parents that I go to Hebrew school at the same synagogue that my dad went to growing up in Shelton, Massachusetts. because they had to drive me to another town a half hour away.

I keep up with my summer camp friends. Or do comedy. One or the other!

I have a really nice connection with the summer camp I went to, and when people roll their eyes it frustrates me. Yes, a lot of Jews go to summer camp. “Oh you went to Jew camp. You went there and you were sitting there praying with payos”. For me, Camp Ceder in Maine was nothing like that. 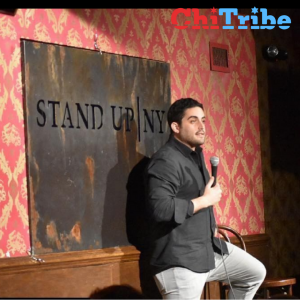 I really love Comedy because comedy is fun for me. I like to be in comedy clubs, and I love doing standup. I really do enjoy it.

Where is your favorite Chicago spot?

I love Chicago. I have spent a lot of time there. The food there is so good. I mean I love Al Cheval, even though it is not original! SUCH a pleasurable experience. The seats are big and the bar has such a nice feel. The thing I love most about Chicago eating is that you are always fully indulging yourself. 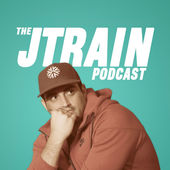 Tell us a little more about the JTrain Podcast

The JTrain Podcast started out as the TFM (Total Fraternity Move) podcast. I went to TFM, located in Austin, and pitched them on me writing and doing a podcast. At the beginning, a lot of the audience was southern fraternity guys. Actually, a lot of the audience had never heard of a podcast before so I was introducing them to the medium. The other thing is, I was also introducing them to a Jewish guy. For a lot of them, I think they had never really knew any Jews. 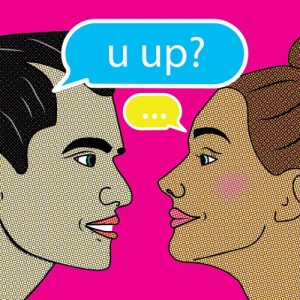 A little more on U Up?

U UP? is a modern dating podcast presented by Betches Media, Jordana Abraham and Jared Freid discuss their take on modern dating issues ranging from apps to hook ups to relationships. What makes something a red flag versus a deal-breaker in the world we currently live in. They’re here to help you not die alone. #RememberTheShtetl

It is a wider audience. Especially with U Up? That audience is everywhere. It’s amazing to me. I was in Seattle [my dad had said “Who is going to know you in Seattle?!”] and 150 people showed up to my show. It was crazy!

It is more heartwarming than I could ever imagine. I am just trying to look at things honestly and say the things that even in my own dating life are very difficult to be honest about face-to-face.

It is easy over a podcast, but so much harder in real life because you do not have to see when you are hurting someone or giving them information they do not want to hear. I am saying the things that your brother or cousin would tell you. Being real about dating advice is difficult.

Now complete the phrase…When the tribe gathers…We eat and complain.

BOOM JTrain is coming back!

Jared Freid is a New York City based comedian and lover of Chicago. Jared has been featured on TruTV, MTV, NFL Network, AXS TV, and The Today Show. He’s known to a cult following as “JTrain” thanks to his viral videos and weekly columns he’s written for BroBible, HeTexted, FlockU, TotalFratMove, and BetchesLuvThis. In addition to all of the TV appearances, columns, and viral videos, Jared hosts “The JTrain Podcast,” which is consistently in the top 100 of the iTunes comedy charts. He is also co-host of the amazing “U Up?” Podcast in collaboration with Jordana Abrams and Betches.com. You can find all of Jared’s work at his website JTrainComedy.com and follow him on social media @JTrain56. 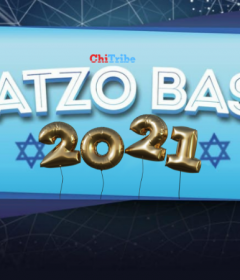 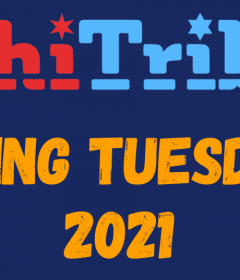 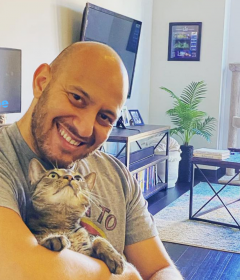 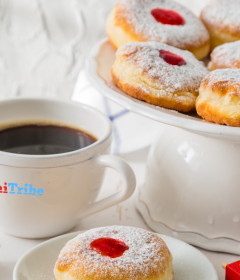