Hey Where My Jews At, Can I Get Some Oys?

I was born in Israel. My parents made Aliyah for a year, and I was their souvenir. I grew up in Sharon Massachusetts, which was really Jewish. Definitely more synagogues than churches. We were raised “conservadox,” which means we were one of the only families that walked to our shul. We kept kosher and I went to South Area Solomon Schechter Day School.

I am a stand-up comedian. I am a regular at the Laugh Factory and the Comedy Bar, and I tour around the country. I am my own manager and it’s probably going well because it’s getting harder to figure out my taxes. I have always managed myself.

A comedian that is Jewish. Once I did a purim show for funny business agency. Sometimes I go places and I talk about Judaism to people who have never ever met a Jew.

Did you go on Birthright?

Yes, I did Birthright when I was 26. I feel like the trip really changed my life in a way that when I came back, I returned to comedy. It led to me getting into stand up. Not like I was inspired to do comedy necessarily, but it connected me back with my roots and realigned me with a purpose. 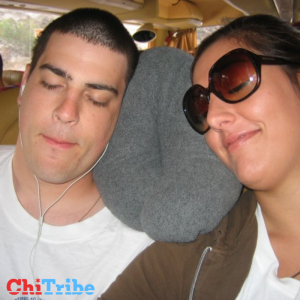 Tell us more about the shows you host @North Bar?

The owner of the venue Jim Webber does so much for the comedy community. Last year he offered to buy a bunch of Chinese food and host a show just because he knew some of us wouldn’t have places to go or plans. Last year it was a free show but this year we’re selling $8 tickets to get a better idea of how much food to get. He’s also had Purim shows and you can see all kinds of different stuff happening there. Around the holidays you can feel left out in this country if you’re, Jewish even though it’s not supposed to be a Christian country.

Have you ever experienced anti- Semitism as a comic?

Yes, I did a comedy show in Freedom, Illinois. It is a very rural place, the kind of place that still has a fully functional family video store  (like actual VHS). A guy came up to me after the show and said, “You know you are really funny, you don’t have to tell everyone you are Jewish. You don’t even look like one of them!” I think my response was something like, “ahhhhggghhhhhhhh.”

I was also performing the weekend of the Charlottesville march. I was so thankful to be in Bloomington, Indiana at the Comedy Attic because it was such a liberal place. It can be really hard to talk about what is happening in the world of antisemitism, especially at a comedy show, but the audience was super supportive.

Tell us about touring the country constantly!?

I love it!! Feels so good to find the thing I was meant to do. Seeing different places and meeting new people, and I really love just the physical act of driving around the country. It sounds crazy, but i love looking at the sky and seeing how different the states look from the road. I like to go off the beaten path, and I’ve seen things some people never see in their lives. I have always romanticised driving cross country, and am so GRATEFUL that stand up comedy has given me a way to do so. I love the challenge and the rewards of making strangers laugh, and it’s even more fulfilling when it’s something they’ve never heard before.

What do you do when you drive?

I listen to music or podcasts. It is a very zen way to clear your mind. I rarely listen to myself because then I get in my head. My favorite podcasts are the Daily Show and the Jackie and Laurie Show.

Comedy is an obvious one for me. I also really like nature and seeing cool stuff, as well as amateur photography. When I see something beautiful I love to capture it.

What are the best open mic nights in Chicago we should know about?

Well of course, the open mic night I host Three Dead Moose at Will’s Northwoods Inn! I am still not sure who I am going to get to replace me when I move to Austin… This bar has been so supportive. They host comedians every Sunday unless there is a nighttime Packers game. I have been hosting there for eight years. 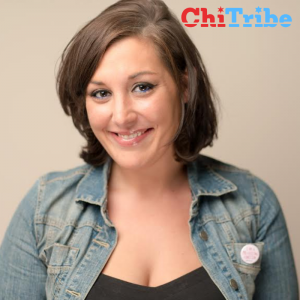 What is your craziest experience on the road or in front of a crowd?

I did a show recently where the audience had black light on them. It ruined my time up there because I could see their teeth, so I knew they weren’t laughing and smiling enough.

I would like to shout out Le Aboav, who got me in touch with my Jewish comedy roots. I also want to give a shout out to Jim at @North Bar and Kevin Cruse at Will’s Northwoods Inn. Finally, Barbara and Bradley Kent, my Jewish family in Chicago.

When the tribe gathers…

To quote the Black Eyed Peas:

“Fill up my cup, Drink. Mazel Tov, L’chaim. Look at her dancing. Move it, move it. Just take it off.”

Follow Reena’s Comedy Journey, she is a ChiTribe favorite!

You can book Reena at calmedyproductions@gmail.com or check out her book on Amazon here. 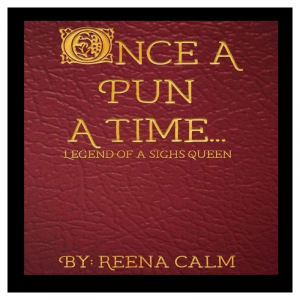 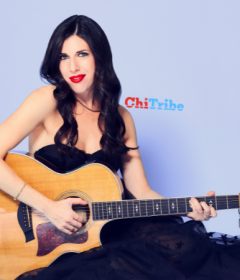 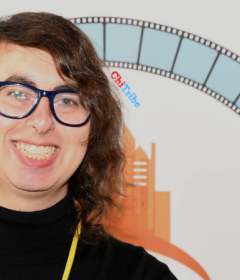 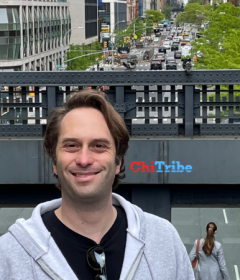