So You’re Going To A Shivah

So You’re Going To A Shivah: A Guide Of The 10 Do’s and Don’ts So You Don’t Look Like A Shmuck

Growing up the grandson of a Rabbi I have been around the customs of a funeral and Shivah my entire life. Before any Shivah I was always reminded on what to do, what to say, and my mom would always say, “Don’t eat anything while you’re there. It’s not about you.”

When my Dad died I learned very quickly that not everyone was trained as well as I was. After people found out about my Dad we received so much support from people, but we also heard things that made our feelings worse. Whenever I would point something ridiculous out I would always hear the same response, “Well people just don’t know what to say during a time like this.” So, I have devised a list of 10 Do’s and Don’ts to ensure that the mourners don’t have to go up to each other and say, “Wait until you hear what I was just told.”

Don’t say anything you wouldn’t want to be told.

I understand that death is a difficult time for everyone and that no one knows what to say (Hence this guide). Asking for details on how the person died, saying that it was just his time, or asking about my weight loss plans to ensure this doesn’t happen to me is not proper Shivah protocol. The term that always made me cringe was, “He’s in a better place”. This made me the most upset because the best place for him is with our family. If you are unsure of what to say, call your Bubbe. If you don’t have a Bubbe, call mine and she will let you know exactly what to say and do.

Do get yourself a Shivah Lady/Gentleman.

You might be asking yourself what a Shivah Lady or Gentleman is. This person was in charge of all of the logistics of the Shivah, and ours was incredible! Whenever someone would ask me if they could send something and my non-confrontational tuchus was too afraid to say no, I sent them to our Shivah Lady. Whenever someone sent something, she wrote what it was and whom it was from so we could thank him or her later. If they saw someone was making us visibly uncomfortable, she always found a way to redirect them. You don’t even have to wait for a Shivah to get one of these people. I’m having them plan my wedding, my future children’s Bar and Bat Mitzvah, and next year’s Super Bowl party.

Don’t ask for details on how the person died.

This might come as a shock to some of the readers, but the families don’t want to relive how their family member died, especially to someone they barely know. A person came up to me at the Shivah and said, “I haven’t seen your father in 35 years. Tell me how he died.” When I didn’t respond right away because I couldn’t believe what I just heard he asked, “Heart attack or stroke?” Needless to say, I don’t think he will be one of the people we form a relationship with from the Shivah.

Do wait for the mourners to address you.

This is one of the Jewish customs that should be applicable to people of all faiths and beleifs. Believe me, we know that you are there. I lost track on how many times someone pulled me away from someone that I was talking to so they could let me know who they were, how they knew my dad, and to tell me how sorry I was (and sometimes to get the details of his death). Although this is done with good intentions, the mourners shouldn’t feel the need to rush through a conversation that helps them heal during this grieving process. Remember, this isn’t about you.

Don’t go for the food before you talk to the mourners.

There was so much food in our house that people sent that it was hard to keep track of what we had. We put the food out because it would’ve been physically impossible for my mother, sister, and I to finish all of it. I made sure to position myself in the seat where I could see the kitchen and the front door, and I saw a lot of people bee line right to the kitchen to make themselves a plate. There was even someone with a mouthful of bagel say, “So which one’s the widow?” This person ended up not even talking to us. This was a classic case of dine and schlep. If you are the kind of person that gets food before addressing the mourners you should re-evaluate your life choices. 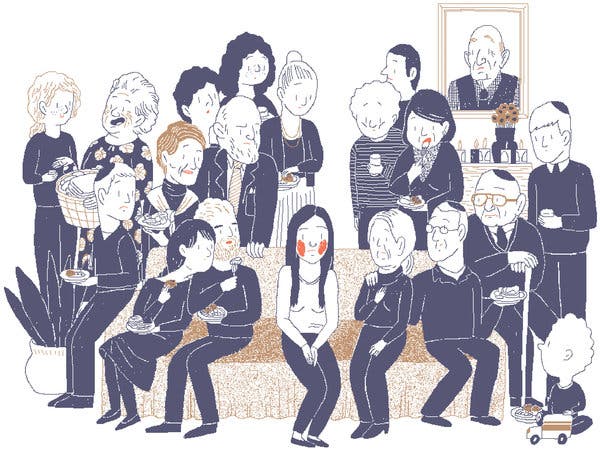 Do come with stories about the deceased.

My dad was an active member of the community. There were a lot of people at the funeral, and there were even more people at the Shivah. To be honest, it was a bit overwhelming, but to hear the impact that my dad made on so many lives really did make me feel better.

Don’t stay past the time the Shivah ends.

You know the look that the teenager at Dairy Queen makes when you walk in 5 minutes before it closes as they are cleaning up and you order a banana split without tipping them and they act as if their soul left their body and went straight to Hell? That’s how the family feels when you arrive after the Shivah ends with the addition of grief. If your schedule doesn’t fit the Shivah schedule please refer to what my mom said and remember that the Shivah isn’t about you. If you grab a plate that’s a double negative and you have to go back to Hebrew School.

Do offer help if you mean it.

From the moment my dad was admitted to the hospital all the way through the Shivah we found out very quickly how wonderful our friends and family are. I received countless phone calls, emails, and text messages from people checking in, there was a group of people that coordinated all of the logistics of the Shivah, and my family was all lucky to have support from our workplaces. Knowing that we had people that genuinely loved and cared about us helped the grieving process. As someone who has a very hard time asking for help I was surprised how many times I reached out to people for it.

Don’t offer help if you don’t mean it.

The second people found out the news about my dad I received countless messages all saying, “If there is anything I can do please let me know.” My mom made a hilarious joke to my friends saying that they should find me a girlfriend. I think this was a joke. Yeah, it was definitely a joke. Ok, it probably wasn’t a joke. Although this gesture is incredibly kind, people are at their most vulnerable during a death, and offering help when you don’t mean it is incredibly harmful.

Note: My mom just called me to confirm that it was not a joke.

Do check in once the Shivah is over.

Even though the Shivah was hard, it was actually the easiest part of the grieving process. We had people coming in and out throughout the day, and we were so tired at the end of each night that we sort of slept the night. The hardest part was learning to live life without my dad. We now say the three of us instead of the four of us when making plans, my afternoons feel less important without our daily phone calls, and I no longer have the person that I would see movies with, pitch jokes to, and call for fatherly advice. I am not sure if the pain ever goes away, but the in-person visits, phone calls, text messages, and emails help ease the pain a little. It’s easy to make a Shivah call; it’s hard to prioritize the mourners once life resumes.

The truth is, anyone who reached out did the right thing. It’s ok that people don’t know what to say because I don’t think there ever will be words to describe what life without my dad will be like. I feel grateful that I have such positive memories with him, and my pain comes from knowing future memories won’t include him. It’s ok to not always say or do the right thing, but I hope that this might help someone in the future so when they go through this they can receive support from their community to reduce the pain, even if it’s just by a little. 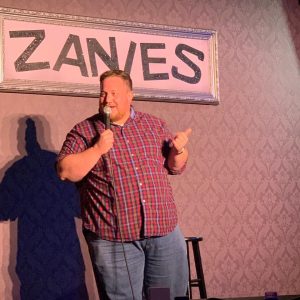 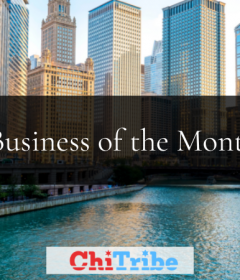 ChiTribe Chicago Business of the Month 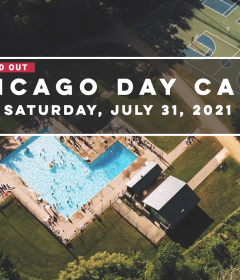 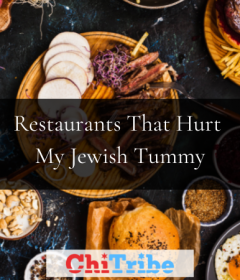 Restaurants in Chicago That Hurt My Jewish Tummy 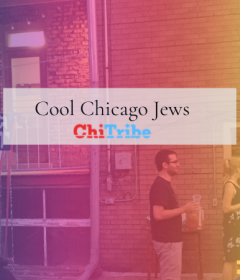