If you are willing to shlep to the South Loop, you will find truly Miraculous Hannukah Deals at the Michael’s near Manny’s. Secret Southside Hannukah Harry Deals spotted by Sam Donets on the Second day of Channukah 2019.

A deal that Hannukah Harry can only dream about! 70% off Mensch on the Bench products. And I found it, in a place I would have never expected…Michael’s near Manny’s.

Earlier this week I was debating on if I should buy my mom a certain Hannukah gift to add to our ever growing collection of fun Jewish themed stuffed animals and charachters.  I shopped around the North Shore looking far and wide for the Mensch on the Bench’s full shtetl crew.

After consulting with my older brother about buying these Jewish collectors items, he convinced me not to. He warned me against it because apparently giving your parents plush toys makes them think they might be close to becoming grandparents. They are not. Still, I knew my mother would love a new Jewish mascot so I persevered to find a great deal.

This morning, I got up and went to work as if it was any other day. But today is the second day of Hannukah, it is a special day. The only thing on my to do list was to pick up framed pictures for a client at the Michael’s on Roosevelt and Clinton, in the South Loop. For reference, this Michaels location is about a block away from Manny’s Delicatessen back where many Jewish families used to live in the 1950s and 60s.

As I waited for someone to help me, I noticed their display of Hannukah items. Of course there were some menorahs, calendars, and then it happened. I locked eyes with the most adorable thing in the world. The MITZVAH MOOSE!  It was smiling right back at me with his menorah antlers all lit up. And right there before me, I saw the entire Mensch on the Bench collection for sale.

And right there before me, I saw the entire Mensch on the Bench collection for sale.

A Hannukah Miracle at Michaels! As I searched for the discounted prices, I felt like John Lovitz’s “Hannukah Harry” had appeared and gifted me the deal of the lifetime.  This is no day-after halloween sale, this is a miraculous Hannukah sale during the holiday itself and I need Chicago to know! All of these items are 70% off during the entire week of Hannukah at the Michael’s in the South Loop.

Dear Chicago, I saw it all with my own eyes as if a vision of Jewish plush perfection. Everything is 70% including the Ask Bubbe, the Ask Papa, The Mensch on the Bench, the Mitzvah Moose.

Hear more from Sam on the Find Your Tribe Podcast 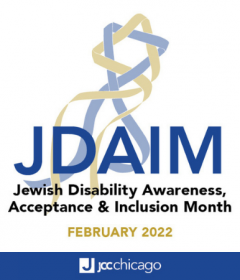 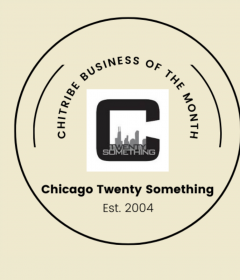 ChiTribe Business of the Month: Chicago Twenty Something

ChiTribe Business of the Month January 12, 2022 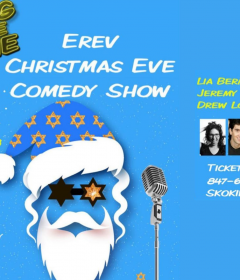 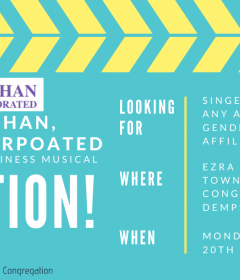