From Hatred to Education: The History of the Skokie Nazi March

From Hatred to Education: How the Skokie Nazi March Sparked Holocaust Education and Activism in Illinois

Modern Antisemtism on the Rise

The current rise of antisemitism and hate crimes in America make it increasingly important to thoroughly teach the lessons of tolerance and kindness, acceptance of all people, and advocacy for human rights. These timeless lessons aimed at stamping out hatred and genocide not only concern championing rights for Jewish people, but all people. We must understand these lessons to better transform them into future practice.

It is on the shoulders of young adults to take to heart the history of the Holocaust and relate it to what is happening in the world today. It is our responsibility to keep alive these vital lessons of empowerment through education and fighting hate through activism. Become involved with the Young Professional Committee of the Illinois Holocaust Museum by attending events, programs or becoming a member of the group.

In the late 1970’s, local Jews and Holocaust survivors alike felt Skokie had become a safe haven for those who had experienced the atrocities of the Holocaust. When a group of neo-Nazi threatened to march in Skokie, they could no longer remain silent and the case went all the way to the Supreme Court…

Holocaust awareness and human rights education became of paramount importance when a group of neo-Nazi threatened to march in Skokie in the late 1970’s. The planning of this neo-Nazi march plagued local Jews and Holocaust survivors alike as Skokie had become a safe haven for those who had experienced the atrocities of the Holocaust. They realized that, despite their desire to leave the past behind, they could no longer remain silent and filed a suit against the neo-Nazi’s led by Frank Collins that went all the way to the Supreme Court.

The activism by the survivors forced Collins to move the event away from Skokie. On March June 24, 1978, about 2,000 neo-Nazi counter-protestors and approximately 20 marchers demonstrated in front of a government building in Chicago.

Prior to the averted Nazi march, Holocaust survivors kept quiet about the perils of the war, and kept discussion regarding their survival stories amongst themselves. It was too soon, and they were still grieving and healing. After the threat of the march, survivors clearly saw a need for an organization to spread their history to a broader audience.

Erna Gans and other Holocaust survivors started sharing their survival stories in people’s homes.  But they felt they needed a place, a physical building where they could speak to larger groups.They pooled together their resources and acquired a small, two-story building on Main Street in Skokie.

When the museum on Main Street first opened in 1985, exhibits were simple displays created out of poster materials. The group started to gather books and posters, as a resource for teachers. The museum tried to have a program once a month that involved promoting a book, film, or a speaker. Refreshments were always served.

In the late 1980’s, the group on Main Street developed a speaker’s bureau, with the intention of getting survivors involved in speaking to students. When they started reaching out to schools, teachers told them there was little time to develop an organized curriculum regarding Holocaust education. Educators had little time to incorporate this subject amidst the curriculum components and state standards they were required to teach.

Through the tireless efforts of Erna Gans and other activists, who lobbied legislators in Springfield, Illinois became the first state in the country to pass a law requiring public schools to teach the Holocaust.

With growth coming from supporting the new Illinois mandate, the Survivors quickly outgrew their space on Main Street. The group gathered influencers and worked to identify the property and funds needed to open the Illinois Holocaust Museum & Education Center (IHMEC). They celebrated their success on April 19, 2009.

Over the last ten years, more than 1,000,000 visitors, students, and educators have come through the museum. The legacy of Erna Gans and the early activists live on through the work of a world-class museum.

GET INVOLVED WITH YPC

Show your support for the museum, and the Survivors, while enjoying a night of comedy on Thursday, January 23 at Moonlight Studios in Chicago. Laugh out loud with the Young Professional Committee and talented comedian Orny Adams, as seen on Comedy Central, Netflix and Showtime. Doors open at 7 p.m. Click here to buy tickets or make a donation. Your ticket will directly support the Illinois Holocaust Museum & Education Center (IHMEC). Take a stand for Holocaust education.

Hayley Levitan is an active member of the Jewish community and on the board of the Illinois Holocaust Museum’s Young Professional Committee. She is the granddaughter of Holocaust survivors and wants to continue to share their story so that we may never forget. This article was based on an interview with Lillian Gerstner.

Support Hayley and YPC by learning more and getting involved in upcoming events today. Contact Hayley for more. 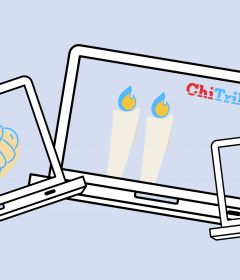 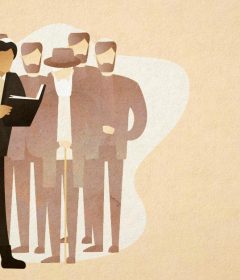 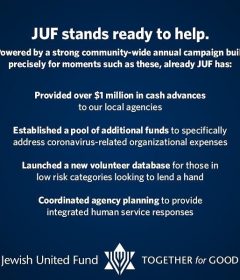 What’s Happening in France, Israel & New Orleans: A Conversation with Moishe House Residents Around the World

VIRTUAL Liberation of the Body: a Jewish yoga worshop for Passover