The Chosen One Expansion Packs Just in Time for Quarantine

Launched 2019, The Chosen One is a hilarious Jew-ish comedy card game, matching Jewish themed questions and answers… with LOTS of chutzpah. Written by a team of Jewish writers and comedians from across the country, the game is about celebrating culture and bringing people together around a sense of identity and community.  During this Passover Pandemic, the new expansion packs “Passover” and “Not Kosher” are now ON SALE for $15. The Chosen One is available online now.

ChiTribe wanted to learn more about the comedic minds behind all of this Jewish humor so we spoke to creator Mike Rosenbaum to learn more.

There’s such a tradition of humor and comedy in Judaism. What I love most about the game is that it brings people together and no matter how religious you are or not. Non-Jews are some of our biggest fans!

Where are you from?

I’m from Toronto, Canada and but I live in LA now.

Where did you study?

I studied business at the Ivey Business School in Canada

My family was very Jew-ish.  We had a strong Jewish identity and celebrated the holidays.  It was more about family and values.

To me, Jewish is all about the community.  I love connecting with likeminded people and host community Shabbat dinners every few weeks with OneTable.  The Chosen One has been a great way to bring people together and play a Jewish game.

What is your favorite Jewish deli?

Nothing beats Schwartz’s deli in Montreal!

Tell us more about your career journey and where you are now!

My career in marketing has led me to work with Kraft and Bud Light where I got to work on some amazing brands with really intelligent people.  I have always been entrepreneurial and take ownership of my own time. I decided to take the plunge and to my own business.

Now, my role is simple. I give really talented and hilarious writers the space to do what they do best and write great jokes.

The Chosen One Chicago Connections?

Of course! The game was written by a wide range of Jews from different backgrounds including a lot of people in Chicago, including our friends and partners at OneTable and former Jewish Person of the Week, hilarious writer Jeremy Drazner.

The Expansion Packs Just in Time for Quarantine

“Fans have been asking for more cards, so Mike and his team have released the “Not Kosher” and “Passover” packs available online now. The team has brought on some new writers, who are also fans of the game and wanted to get involved.  “With their help we have developed the High Holidays pack, the Hanukkah pack, the Questions pack, the Shabbat pack and the Israel pack.”

The Chosen One expansion products are a great tool to make Quarantine Passover easier this year. The “Passover Pack” is perfect for holiday jokes and laughing with your family and friends both in person or virtually.

This pack is great for people who want an even dirtier set of cards.  “After removing some cards from the original set because we were worried they went too far… now they’re back.” 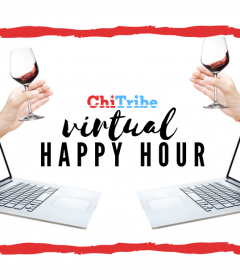 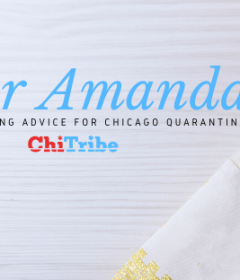 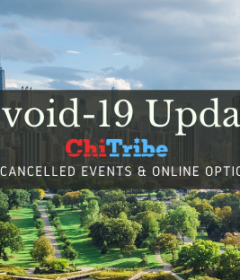